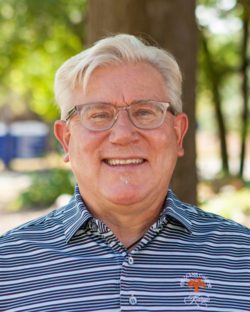 Robert is a 1980 graduate of Northern Illinois University in DeKalb. While at N.I.U. he performed with the 2 O’clock Jazz Ensemble under the direction of Ron Modell. He earned his M.M.ed. in 1988 from VanderCook College of Music. He was privileged to study clarinet with Clark Brody, Larry Combs, J. David Harris, and Stan Davis.

Robert studied conducting from Margaret Hillis (Chicago Symphony Orchestra Chorus) and Seiji Ozawa.  He has performed with the Chicago Symphony Orchestra under Sir Georg Solti and Seiji Ozawa as well as the Grant Park Symphony. For 22 years, he was the Director of Bands at Monroe Middle School in Wheaton, retiring in 2015. While at Monroe Middle School, his bands consistently received awards and honors at the Illinois State level. In 1998, Robert started the Youth Jazz Ensemble of DuPage. In 2001, the ensemble was selected as a finalist for the Essentially Ellington Festival in New York City and received “Honorable Mention” status. The ensemble has continued to receive many accolades over the years and has had the privilege of performing and recording with such jazz greats as Orbert Davis and Victor Goines, among others.  Additionally, Robert has been the Director of Music at First Congregational Church of Dundee since 1996. Robert lives in the St. Charles area with his wife Cheri and daughter Tana.