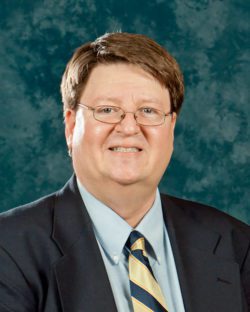 Dr. Mason joined Judson University in 2002 and was named the Julius R. Mantey Chair of Biblical Studies at Judson University in 2015. He teaches in the areas of New Testament and Second Temple Judaism, and his research interests focus on the Epistle to the Hebrews, 1-2 Peter and Jude, and the Dead Sea Scrolls. He served two terms as department chair for Biblical and Theological Studies (2009–2015) and returned to the role for the 2018-2019 academic year.

A native of Tennessee, Mason is an ordained minister in the American Baptist Churches USA, and he enjoys speaking to local church and community groups on New Testament texts and the Dead Sea Scrolls. Favorite family activities include travel, music, and sports events. Before coming to Judson in 2002, Mason taught courses at several institutions, including the University of Notre Dame and the Irkutsk (Siberia) Bible School for Russian Baptist ministers.

Mason is co-chair of the steering committee for the Epistle to the Hebrews section for the Society of Biblical Literature Annual Meeting; previously he co-chaired the Hebrews program section for the Society of Biblical Literature International Meeting (2011–2017). He serves as the faculty advisor to the Judson chapter of Theta Alpha Kappa (the national honor society for students in religious studies and theology) and is the national secretary for the society (previously vice president, 2011–2017).

Mason is editor of Biblical Research, the journal of the Chicago Society of Biblical Research, and was president of the society in 2014–2015. He is also a member of the New Testament translation revision committee for the New American Bible, the official English translation for the Roman Catholic Church in the United States. He served as Regional Coordinator of the Midwest Region Society of Biblical Literature for its 2013–2018 meetings and now is the region’s vice president (2019–2020 meetings) and president-elect (2021-2022 meetings). He was named one of five national honorees as a Regional Scholar by the Society of Biblical Literature in 2007, and he was selected to participate in National Endowment for the Humanities Summer Seminars in 2005 (at Brigham Young University) and 2015 (at the University of Iowa).

Mason is the author or editor of several volumes, including: